You are here: Home / Featured / Would You Help Your Teen Get Birth Control? 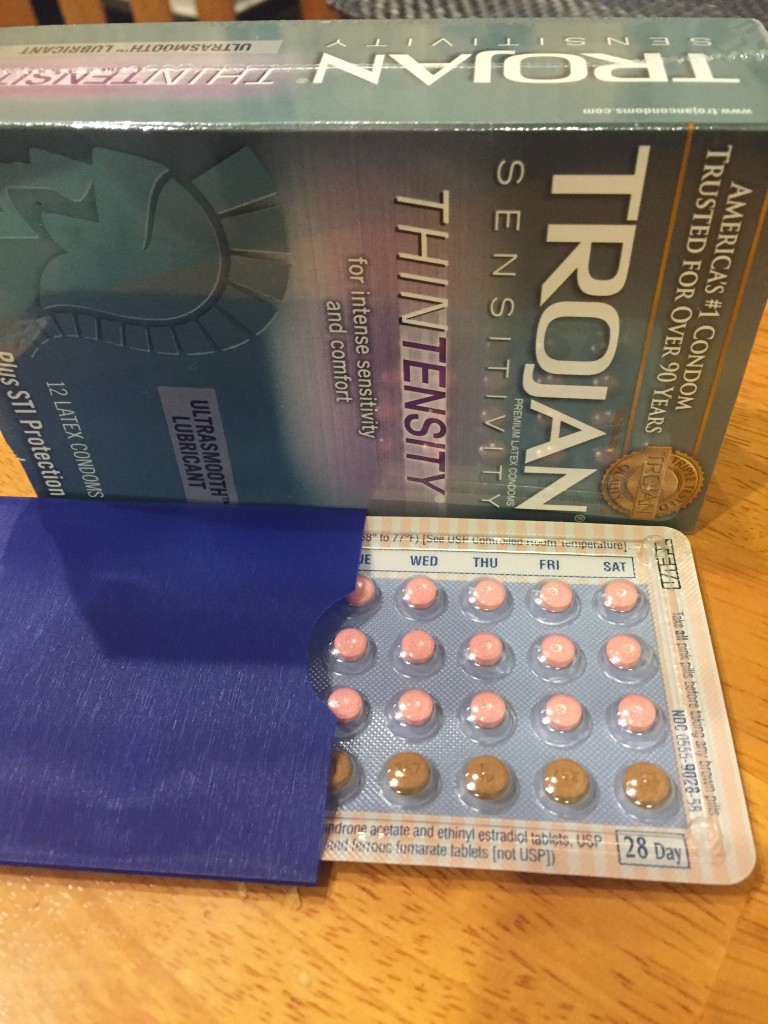 So one day your teenager comes to you and says “I think I’d like to go on The Pill. Will you help me?” For most parents, the air would pretty much disappear from the room. The Pill? My baby? My baby is planning to have SEX??But she’s too young! Eek!

Once you get your composure (more or less), consider what a compliment this is: Your kid is willing to be open with you about something so important and so awkward.

But you still have to answer the question, which touches on your values, your goals, how much influence/control you can exert on your child, and the reality of the choices young people make. It can be complicated.

Like so many complex questions, it’s really not a single question. Consider:

At what age would you feel comfortable helping your kid get birth control?

Would you allow your daughter to go on The Pill for reasons other than contraception (e.g., bad menstrual cramps)?

Are some kinds of contraception more acceptable to you than others?

What kind of conversation would you want to have with your child before agreeing? Are there things you want to say? Would your child need to demonstrate that he or she had thought through the decision to become sexually active?

Does it matter whether your child is male or female? Would you have a different reaction if your son asked than if your daughter did?

Would you pay for birth control or expect your child to pay? If she can’t afford it, are you willing to take the risk that she may have sex anyway?

What responsibilities, if any, do you expect from your child (or your child’s partner) regarding birth control?

Unfortunately for parents who want their kids to wait, choosing not to help with birth control won’t stop them from having sex. They may get contraception without your help—or they may have sex without it, which is a pretty scary thing.

Below are comments from several young adults whose parents refused to help them get contraception when they were teens. I’m sharing a number of different voices here to give a sense of the range of experiences. Hopefully they’ll give you food for thought as you consider how you’ll answer if your kid someday asks for your help.

“My mother refused to put me on birth control when I requested it, and I ended up getting pregnant a couple times when I was a teenager.”

“They did not offer me birth control when it became obvious that I was getting close to that point in my first serious relationship. They instead advised that I simply not have sex. This did not change my mind or even make me reconsider; it simply taught me that I couldn’t go to my parents with questions.”

“Sex didn’t exist, as far as [my parents] were concerned. I’m 18 and have a child, and [sex] still doesn’t seem to exist to them. I just really really really wish they had at least given me a condom or something. I didn’t even know what condoms were when I first had sex.”

“My dad always said that if a guy couldn’t walk into a drug store with his head held high and buy a box of condoms then he wasn’t worth having sex with. That idealistic opinion really didn’t help me during high school when no guy has the self-esteem I was taught to look for.”

“From the ages of 13 to 18 I had an on-again, off-again boyfriend; we became sexually active when I was 17. My mother refused to put me on birth control because she didn’t want to give me a reason to have sex. I was already having sex and continued to do so. He wore condoms for about a month. We had sex with zero protection for a year. I never got pregnant, I am so thankful, but I knew better. I just wish my mom would have realized that being on birth control is a safety measure, rather than the go-ahead.”

So, parents, please give this some thought. If you can’t control your child’s choices (which, alas, you can’t), what are you willing to do to help him or her stay safe? You might be able to persuade your child to wait to have sex…but if that’s your only strategy, it’s a risky one.