You are here: Home / Everyone / TalkStarter: Politics, “Locker-Room Language,” and Respect 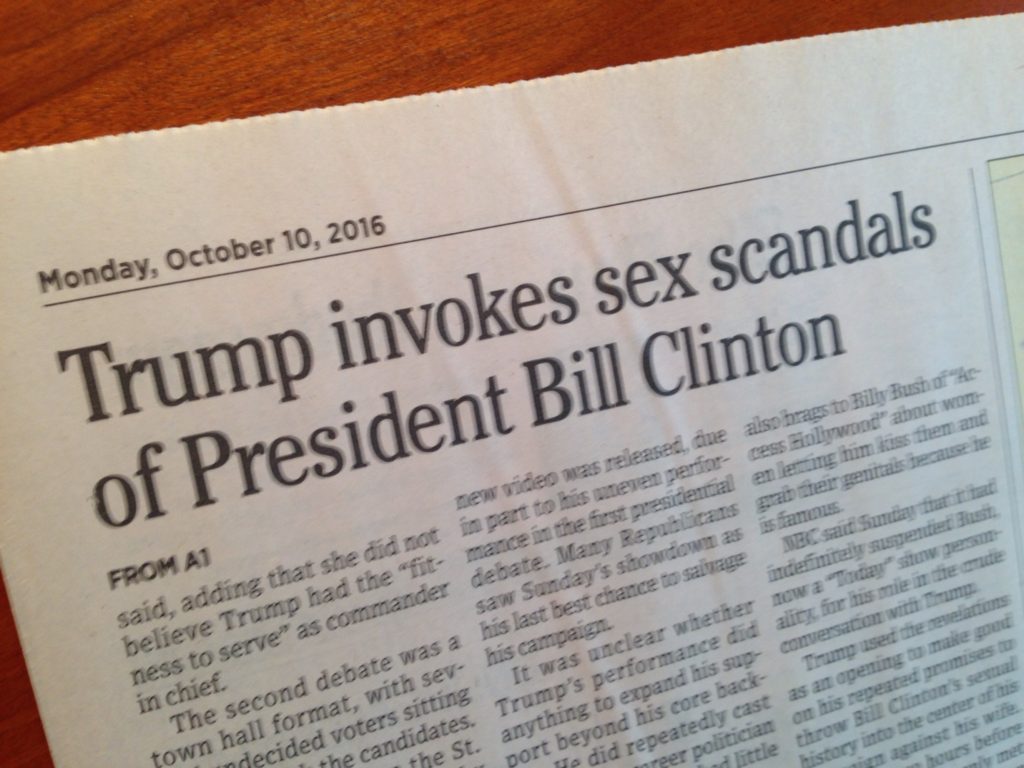 Part of me hesitates to say anything that touches on this emotionally charged election season. But so much of what’s been going on lately relates to how people treat one another sexually that I can’t ignore it—and neither should parents. It truly is a talk-able moment.

Whatever your political views, the recent uproar about Donald Trump’s crude comments on women is an opportunity for parents to talk about language, sexuality, and respect. (Bill Clinton’s behavior years ago was also a talk opportunity, but I wasn’t writing this blog then.)

What’s your take on it? Not your political take, the effect you think it should or shouldn’t have on the election. Your personal take, what you think about crude behavior more broadly. What kind of “locker room talk” do you think is acceptable (“boys will be boys”) and what goes too far? What sexual behaviors are acceptable from men in power toward women with less power?

Dads, have you heard (or said) things in a locker room-type setting that went too far? things that at the time, or in retrospect, crossed a line? How would you feel if things other guys were saying were about your wife, or your daughter?

I know, women can be crude too. I’ve occasionally heard women rate men on appearance or say what they’d like to do with a guy in coarse terms. But I’ve never heard a woman talk about forcing a guy to do something sexual. (I suppose it happens, but I talk to a lot of people and I’ve never heard anything like that.)

Words have power. They color our experience and our expectation. Language that objectifies people has been used for millennia to facilitate wars, genocide, and other atrocities. People can rationalize doing all sorts of things, including sexually, if they fail to think of the other person as a full, real person.

Power often gets abused. That’s been true for all of human history—but that doesn’t make it right. Do you want your kid to be on the receiving end of abuse of power? on the abusing end? Do you think that taking advantage of someone weaker is wrong? Do your kids know what you think?

It’s a complicated topic. I’m not saying we should expect men, let alone teenage boys, to walk around with halos on. (Nor women or girls.) But if parents remain silent when all these things are in the news, kids start to think saying crude, demeaning things is a perfectly fine way to act. Is it fine? Do you want your kid to treat other people disrespectfully? How do you want your kids to treat other people?

What do your teenagers think about what’s in the news? What do they think is just “funny” and what goes too far? How would they like to be spoken about and treated? How do they want to treat others?

There are no simple answers here, but it’s crucially important that parents and teens at least be asking the questions.