You are here: Home / Featured / TalkStarter for Teens: Use the News 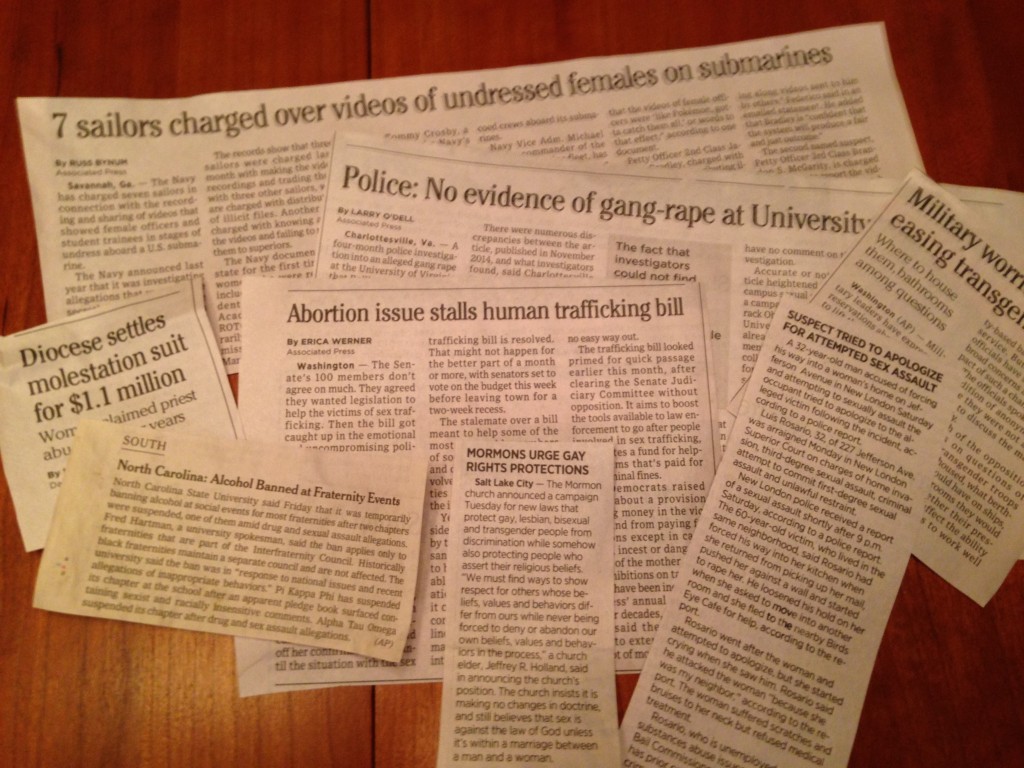 It seems like every day there’s some sort of sex-related scandal in the news: sexual assaults on some campus, a politician or athlete having an affair, allegations of sexual harassment in some organization. These unhappy situations have one silver lining: They can create a topic of conversation with teens.

Teens are most likely to resonate with stories about people close to their own age, like college students, so you might start with those. Because the topic isn’t directly personal, this can be a great way to open dialogue in semi-public situations, like dinnertime. The theme is more about moral reasoning and values than about sex per se, but it still starts putting sexually-related vocabulary out in the open.

Show your kid a news article with a sexual angle and ask what she thinks about it. How would he feel if he were one of the people involved in the situation? How would the other people involved feel? Who is getting hurt here (which could be many people)? How is power being used or abused? Who in each scenario is making good moral choices? What are the shades of gray?

Point out that not everything in the newspaper turns out to be true. Some allegations are false, or based on misunderstandings. Who is this news story has more credibility? Why? What might prompt someone to make an untrue allegation? What does your teen think about that? What can she do to avoid making untrue allegations or being on the receiving end of them?

Other stories in the news don’t tell enough of the story. For instance, small stories and rumors about sexual abuse in the Catholic Church swirled for years before the full truth came out. Far more sexual assaults happen (especially on campuses) than are reported. Why? What keeps people from coming forward? How hard would it be to report something horrible that happened to you? What can listeners do to help people state the truth?

What are the take-aways your child gleans from this conversation? How does your discussion change or deepen his thinking about how he wants to live his life? (He may not be able to articulate this, which is fine—what matters is getting the gears turning.)

This shouldn’t be a one-time discussion, by the way. Bring up news items periodically (frequency depending on your teen’s level of interest and engagement—don’t beat her over the head with it). Throughout these conversations, try to minimize expressing your own opinions and morals, but ask questions that help her to develop her own. That builds her moral development—as well as your ability to talk together about challenging topics.