You are here: Home / Everyone / The Smallest Possible “No” 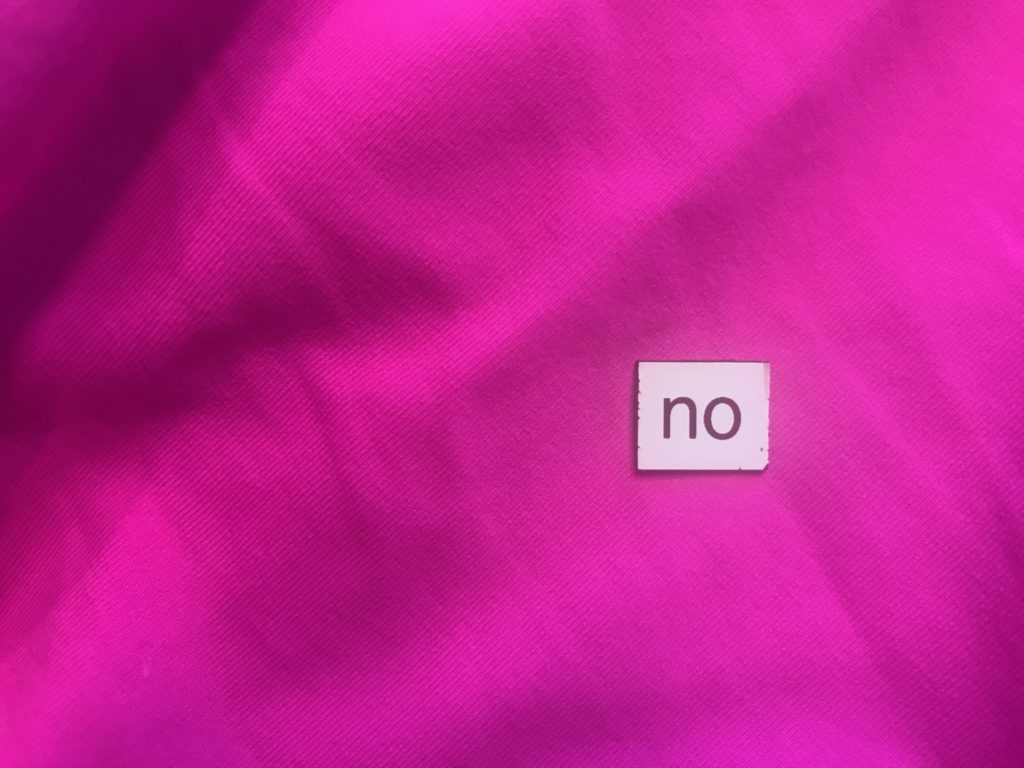 It’s unavoidable: Sometimes you won’t want to do what your significant other proposes. Even if you agree on a lot of things, you’re separate people. You won’t always want to do the same things, eat the same things, or run the household in a certain way. If you often agree to things you really don’t want to do, you’ll end up feeling resentful. But if you say “No” the wrong way, you can hurt feelings or create tension.

One thing that often causes bumps in relationships is a flat “No” or “I don’t want to.” Turning down your partner’s idea in a broad, absolute way tends to shut down communication and may make him feel rejected. Your partner hears that you’re not up for what he’s proposed–but doesn’t feel like you care. There’s no way to further conversation that doesn’t feel like an argument.

What successful couples do instead is express their own preferences and suggest alternatives that might meet both people’s needs. They say No in a way that allows more room for discussion and compromise. I call this “finding the smallest possible No.”

Suppose your spouse says “Let’s go to dinner at Anthony’s tonight” and you that just doesn’t appeal to you. If you say “I don’t want to,” you’ve ended the conversation and possibly hurt your partner’s feelings.  It’s better to say a little more about why her idea doesn’t interest you and what you might like to do instead, in a way that factors in her preferences too. For example:

“I don’t feel like going out tonight; I’ve had a very long day. Can we eat in instead?”

“I’m really not in the mood for Italian. Could I talk you into Chinese?”

“I had a meatball sub for lunch, so I’m not too interested in anything with tomato sauce. Maybe we could go to Anthony’s another time?”

“I’m not a big fan of Anthony’s. How about Bella Notte instead?”

In all these cases, you’ve given your SO a window into your thinking. Rather than being cut-and-dried, your answer opens a conversation and negotiation. Because she knows why you’re not interested in Anthony’s, she can propose other alternatives that might work for both of you. For instance:

“How about I pick up food at Anthony’s and we eat at home?”

“Hmm, Chinese won’t do it for me tonight. I’m hankering for cheese. How about Mexican?”

“What if we went to Anthony’s and you got something without tomato sauce, like chicken piccata?”

“Well, okay. I really love the eggplant at Anthony’s, but Bella Notte would be fine too.”

Of course, there should also be times when you go along with your partner’s suggestion even when it’s not your first choice. It’s an act of love to say Yes or Maybe, especially if your SO really wants something. You might negotiate: “If we go to Anthony’s tonight, how about we have sushi next time we eat out?” Or you might just agree: “Well, Italian wouldn’t be my first choice tonight, but if that’s really calling to you, I’ll find something on the menu that appeals.”

But when you do disagree, do it in a way that honors your relationship and keeps as many options open as possible. Ask yourself, “If I don’t want to say Yes, what’s the smallest possible No?”