You are here: Home / Everyone / How Triangles Could Be Hurting Your Relationships 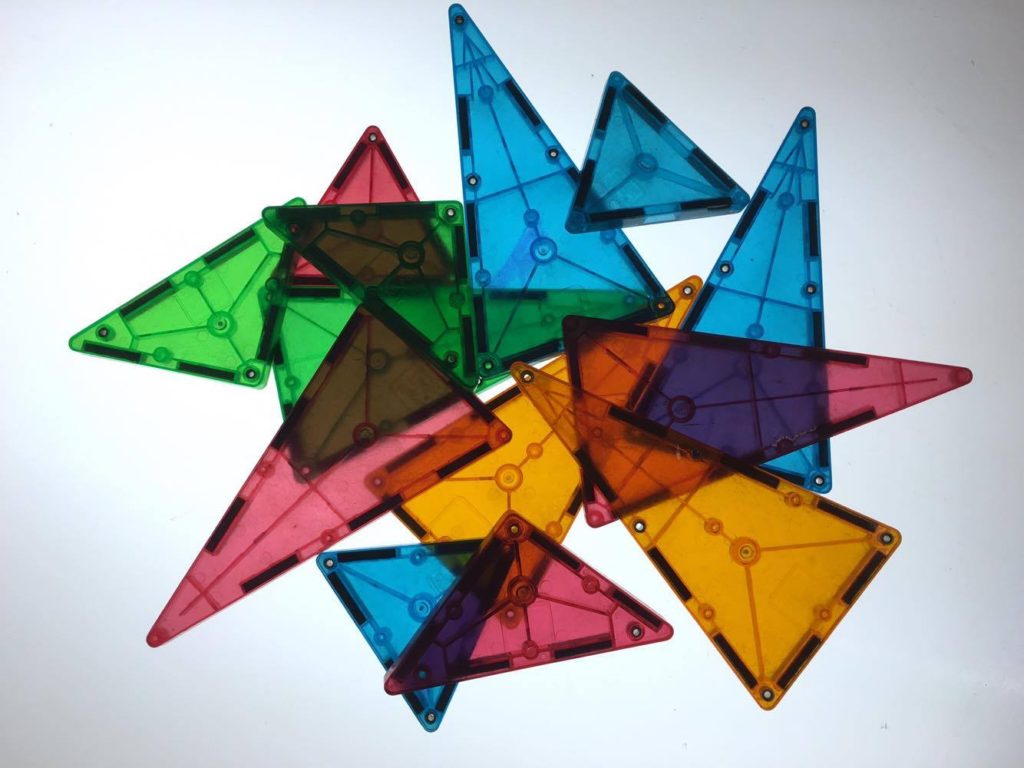 Suppose Amy is hurt about something Beth did—say, Beth blew her off at the last minute. Amy then talks to Caitlin about this and tells her how hurt and upset she is. Caitlin listens sympathetically, and Amy feels better.

Or suppose Andrew is mad because Brian borrowed $20 and didn’t pay him back—again. Andrew complains to Chris. They agree that Brian is a mooch and that drives them crazy. Andrew is glad that Chris “gets it.”

Therapists call this “triangulating.” Amy and Andrew, rather than talking directly to the person who’s done something that upset them, created an emotional triangle by talking instead to a third party. The alliance between the complainer and the complainee can feel soothing. “Venting” about a problem can feel like a relief. But it leaves out the person who’s directly involved.

People do this all the time. Dyads are inherently unstable; adding a third person feels stabilizing. It’s sort of like a bicycle rather than a trike. On a tricycle, you’re not very maneuverable, but you’re stable. To ride a bike, you have to keep tweaking and adjusting in order to keep your balance. It’s work, especially when you’re new at it.

But if you leave out the person who’s upset you, you never get to the heart of the problem. The offending party may not even know that he or she is upsetting people. Problems become more entrenched, more habitual; people get more frustrated; and relationships go sour. The situation is stable, but in a stuck, limiting way.

This effect is magnified when the complainee is not only sympathetic but encourages you. If Chris weighs in with his own complaints about Brian, Andrew and Chris are both even more convinced that Brian is the problem—and are less likely to look at their own role in the situation. (If Brian never repays you, why do you keep lending him money?)

The negative effects of triangulation are worse in couples and families, because those are usually our closest relationships. If Ann complains to her girlfriends about husband Brad’s behavior, the two of them aren’t likely to ever work through the problem. Left long enough, some problems become so big they threaten the relationship. When children are involved, they learn not to address problems directly and can even become stuck in unhealthy roles that are really hard to get out of. There may not be conflict in the family, but someone (maybe everyone) is paying a price.

If you tend to triangulate, try to notice when you’re doing it. Ask yourself, “What’s my goal in talking to Caitlin? What’s keeping me from talking to Beth directly?” Maybe you need to blow off some steam so you can be calm enough to talk to Beth. In that case, you’re not really triangulating (provided you actually do talk to Beth afterward).

It may be that talking to Beth would feel like a conflict and you don’t want her to get mad at you. It does take courage to bring up a difficult issue with someone you care about—but it’s an essential life skill. If you don’t learn how to do it, problems in all sorts of relationships will fester; you’ll resent people more and more. If you like, get help from a therapist or a more-assertive friend who can help you learn how to express your needs and feelings.

Or, maybe you have talked to Beth about the problem more than once, and she still keeps blowing you off, and you keep complaining to Caitlin. Then, it’s time to assess the relationship with Beth.  Is this someone you still want to be friends with? Maybe you still want to be friends, but not make any plans without a group of people, so you can still have fun if Beth bails. Or maybe Beth has so many other good qualities that, on balance, you’re willing to put up with last-minute cancellations. In that case, the challenge is to remember that you’ve chosen to accept that as part of the package and not let it get to you.

If you’re the third party in a triangle, by all means be sympathetic—but don’t stop at that. Listen a while, then encourage your friend to talk directly to the person he’s venting about. “Yeah, that sounds really frustrating. I really think you should tell Brian you’re upset.”

If one of your friends is a chronic triangulator and you’re getting tired of it, say something. “You know, you’ve been complaining for years about how Brianna teases you, yet you still haven’t bothered to talk to her about it. I’m kinda tired of hearing about it. Can we talk about something else?”

Rather than complaining, use the third person as a resource. Talk about the problem and your feelings about it, but don’t stop there. Ask the other person for perspective (“Am I overreacting? Is this behavior really not so bad?”) and for insight (“How am I contributing to this problem? Have I set myself up for it, or pretended it’s okay for so long that he thinks it’s okay?”). Strategize together about non-confrontational ways to bring up the topic. It’ll probably still be awkward, but there are words and tones that are more likely to make your point without getting the other person’s back up.

So, leave the triangles for geometry class. Practice going directly to the person when you have a concern. It’s harder to ride a two-wheeler than a trike, but it gets easier as you practice—and you’ll find that your relationships are much more fluid, flexible, and healthy.